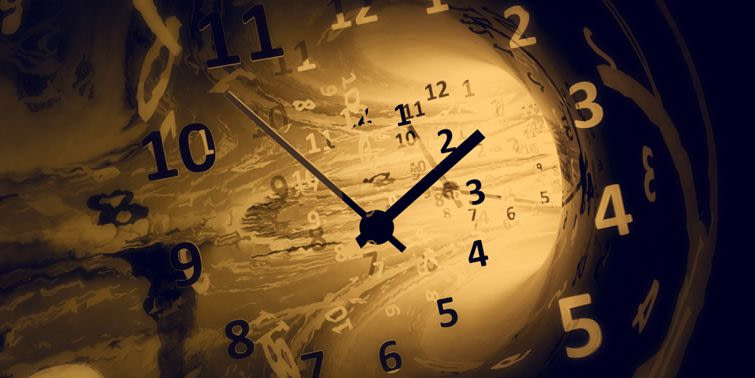 Time mystery is a popular concept that we believe we know everything, and yet we don’t admit about this unresolved mystery of human knowledge. Einstein made a decision to use “time” in his mathematics as a dimension, and the man changed the world, but that doesn’t answer a key question that’s fairly easy to understand. Now let us experiment with a thought. Walk forward, three steps. You have now moved a particular direction in space, and you can choose to stay where you are, or if you’re lazy like us, you want to get back to your comfortable seat.

Thus, you walk three steps back. Now, can you go back 20 seconds and unread this paragraph? If time really is a dimension, then travel backwards and forwards should be possible, and yet, we already know that time travel to the past is impossible, and yet we sit here travelling exactly one moment at a time into the future!

So if it’s not a dimension, what is it? And therein lay the problem. We just don’t know what the nature of time or time mystery is. Can it be stopped? Rewound? Fast forwarded? Sure, you can fool it by travelling close to the speed of light out in space while your family stays on earth, and that would cause you to experience time differently since time is relative. You could come back a decade later in Earth time and only a few months would have passed for you! But that’s just using speed to minimize the effects of time mystery (i.e. ageing).

However, that motion would always be along the arrow of time. There’s nothing we know of that can cause the shattered vase to appear to reform and fix itself while it flies back up onto the table. So easily done with a video playing backwards, but impossible to imagine happening in reality.

Philosophically, time or time mystery has always been of great interest and caused a lot of controversies, so much so that there are schools of thought that think time isn’t actually a thing, it’s just made up, like an illusion. Perhaps it’s not time that we experience, but entropy. Modern physics believe that time is very much real and is certainly part of the four dimensions of space-time.

However, the flow of time is what is considered to be an illusion. The flow of time is based on our perceptions and seems to always flow from the past to the future. Think of time as a river, and you as a boat, then you are being carried along by the tide. Forever headed downstream towards the future, and never able to move back upstream to the past.

Instead, physicists believe that the flow itself is just in our minds. We live only one moment, call it ‘now’, and because we have memories of earlier moments, we assume that time changes, but maybe it doesn’t, and it’s just us who are moving through space-time.

Think about it like a movie on your phone. You transfer the file to your phone. This file, that existed before it, came to your phone is still in your future. It’s a movie you haven’t seen yet. While you’re watching the movie for the first time, it feels like the present.

Like right now, happening in real time, even though you know this file existed before it came to you, and the movie was probably shot months or even years ago, it still feels like the present when you are watching it for the first time.

Now, if you watch the movie again immediately, it will always remind you of the past, or the first time you watched the movie. Maybe you notice a few things that you didn’t notice before when you watched it the first time. Perhaps you finally understand a subtle hint, because you now know the ending of the movie. Whatever the case, you now have a new “now” for some of it, but most of it was still in the past.

Through all of that, outside of your own little conscious bubble, what really changed? If someone else came into your little universe (maybe your room is your universe) and looked at you and your phone, they would find no difference in file size and no real difference in you.

Everything in that room would be unchanged from an external point of view, and yet your mind perceives a passage of time, a change in knowledge, an experience that is essentially invisible outside of the closed system that is your room.

It’s why we have parents and significant others bugging us for ‘doing nothing the whole day’ and yet we feel like we have done a lot… the next time that happens, shrug your shoulders as you exclaim, “Crazy huh? Time and time mystery is relative, and maybe an illusion.

So don’t let the little stuff sweat… “(Remember, duck while stuff is tossed at you). Once again, it’s time to walk beyond the unknown, i.e. Lygometry!