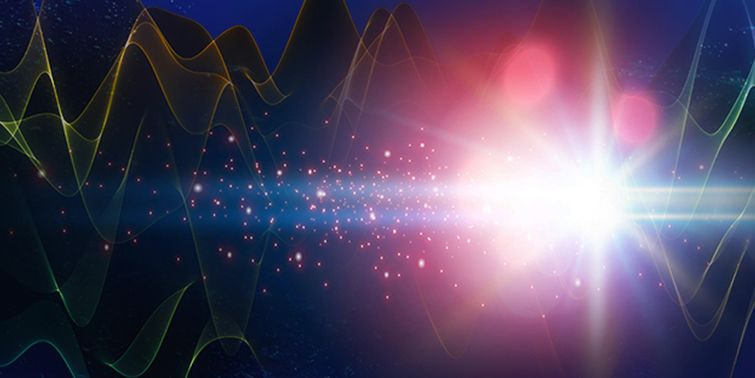 Sonoluminescence, when excited by noise, is the emission of brief light bursts from imploding bubbles in a liquid. This one is a little weird, and also complex to explain. In layman’s terms, sonoluminescence is the observed phenomenon of light being produced when a bubble is made to collapse using sound waves.

We’ve all seen bubbles in liquids and had fun blowing bubbles in our milkshakes, or sat and watched the little bubbles of CO2 collect around our straw in a glass filled with a carbonated beverage of your choice.

If you were to take those bubbles and collapse them using the pressure of a sound wave and could record the event down to trillionths of a second, you would find that the bubbles blink out of existence in flashes of light that last as little as a few trillionths of a second. A trillionth is 0.000000000001 second, so it’s not something we could ever notice without specialized equipment.

Again, this is a case of knowing what happens, but not really understanding why. One theory is that the gas inside the bubble rapidly pressures as it collapses, and thus forms a plasma (the fourth state of matter after solids, liquids and gases).

Another theory suggests that ionization causes a rapid chemical reaction of which light and heat is a byproduct, and it’s this theory that seems to be the most popular at the moment to comprehend sonoluminescence.

There are other theories also, such as proton tunnelling and even Bremsstrahlung radiation suggested as the cause of the light and heat, but the simple fact is, we don’t know why collapsing bubbles do this.

While most of the research in the past was centered around measurements of light and temperature using hundreds of thousands of bubbles in a container, modern research is focused on one single oscillating bubble that’s held in place and created and collapsed cyclically.

This is because it is being looked at as a possible source of clean energy with limitless possibilities. If we can harness the heat from the collapsing bubbles, we can, in theory, have Bubble Power to solve the world’s energy problem!

But first, we have to figure out why sonoluminescence happens if we are ever going to harness the energy. Once again, it’s time to walk beyond the unknown, i.e. Lygometry!