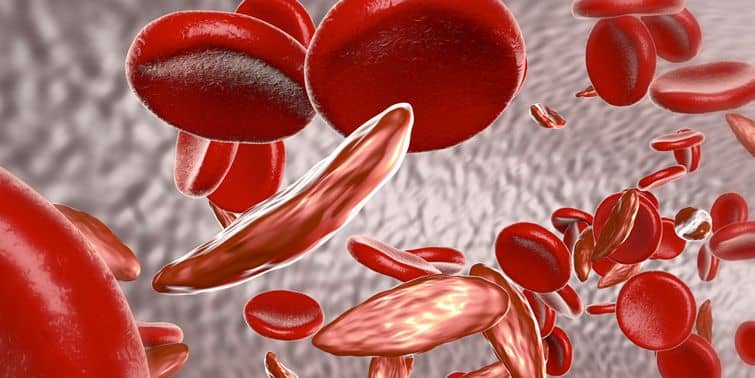 Sickle Cell Anemia (SCA) is an inherited blood disorder which is relatively common in people from India and Africa. Every year, more than 300,000 kids are born with sickle cell anemia all over the world with around 80 percent of these being from poor countries.

It is estimated that about 44,000 children with sickle cell anemia are born every year in India. On Sickle Cell Anemia (SCA), let’s discuss the Causes, Symptoms and Treatment of the condition in detail.

Sickle cell anemia is an inherited form of anemia, which is caused due to a single gene mutation. It causes mutation in the sixth position of the beta-globin chain of hemoglobin. Hemoglobin consists of four protein subunits, two called alpha-globin and two called beta-globin.

Mutations in both the chains of the beta-globin can cause sickle cell anemia. However, if there is a mutation in only one single chain of beta globin, then it is known as sickle cell trait.

This means that you produce both normal hemoglobin and sickle cell hemoglobin. Although your blood might contain some sickle blood cells, the symptoms might not be seen or very minimal. But you are a carrier of the condition, which means that you can pass the gene to your kid.

People with a normal hemoglobin chain contain red blood cells, which are shaped like discs. These cells easily pass through the blood vessels, including the smallest ones and reach different parts of the body. However, people with sickle cell anemia contain mutated genes and as a result, the red blood cells are abnormal in shape, meaning these cells appear as crescent shape or in the form of a sickle.

Due to the deformed shape, the red blood cells become sticky and rigid, which increases the chances of forming clumps and sticking to blood vessels. This blocks the blood flow, which can lead to pain and tissue damage.

People with SCA may show the same symptoms, but the severity of the symptoms might vary from person to person. Here are the common signs and symptoms of SCA:

Although sickle cell anemia is usually diagnosed in infancy, if you develop symptoms such as unexplained pain, swelling in the limbs or abdomen, fever or signs and symptoms of stroke, do rush to your doctor.

The diagnosis of SCA is usually based on the appearance of pain in hands and feet, which is followed by detailed physical and clinical examination.

Hemoglobin electrophoresis is the test used to confirm the diagnosis of SCA and also know about the type of SCA. Sickle cell disease continues to be a serious, widespread disorder with only a few effective treatments.

The treatment is usually based on the symptoms and involves the use of painkillers, rehydration, treating any underlying infections, and blood transfusion. Also, vaccination is highly recommended in these individuals to lower the risk of infections.

If you have a doubt about being a sickle cell carrier, then fix an appointment with a genetic counselor so as to understand in depth about the possible treatment and reproductive options.