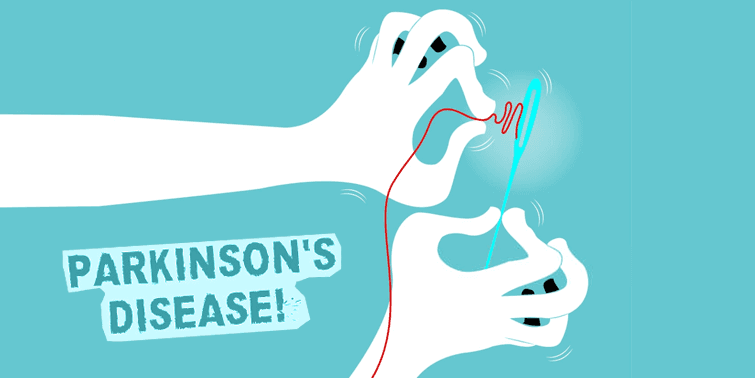 Parkinson’s Disease (PD) after Alzheimer’s disease is thus the second most dangerous and common neurodegenerative disorder. It is a chronic, progressive, degenerative disease which is characterized by both motor and nonmotor symptoms. Dr. James Parkinson originally identified the disorder as a “paralysis agitans” or “shaking palsy” in 1817. The prevalence of Parkinson’s disease (PD) is reported to be approximately 1-2% in people above the age of 65 years and 4-5% in people above 85 years of age.

About 0.3% of the general population are affected, and the prevalence is higher among men than women, with a ratio of 3:2. Let’s share some insights about the causes, symptoms, diagnosis, and treatment of Parkinson’s disease.

The exact cause of Parkinson’s disease (PD) is unknown, but it is assumed to be the result of a combination of environmental factors and genetic predisposition. Since Parkinson’s Disease is typified by motor features like those of body trembling and physical activity slowness, it is also thought to be caused by a deficit in the nervous system of a compound called ‘dopamine.’ The chemical is produced by substantia nigra, a part of the brain, which is responsible for the smooth and coordinated movements of the muscles in the body.

However, in many research studies, the causation of this neurological disorder is attributed to be multifactorial and consists of an interaction between environmental factors and genetic predisposing.

Moreover, people with an affected first-degree relative such as a sibling or a parent with the disease might have twice the risk of Parkinson’s disease (PD) as compared to the general population. Although Parkinson’s disease mostly occurs after the age of 65, it can also affect people in their 30s and 40s.

Moreover, a rural environment also ups the risk of Parkinson’s disease (PD) because of the consumption of well water loaded with heavy metals and exposure to pesticides and chemicals as a result of farming. In addition, some medications can trigger Parkinson’s disease like symptoms.

Parkinson’s disease is categorized by attributes of both motor and nonmotor symptoms. The term parkinsonism is used to describe the motor features of Parkinson’s disease (PD) which include bradykinesia, muscular rigidity, resting tremors and postural and gait impairment.

Bradykinesia: This makes a reference to sluggishness of actions with progressive speed loss when swift alternating movements are performed such as opening and closing of the hand, tapping with fingers, standing up and rising from the chair or walking. Other symptoms of bradykinesia include hypomimia (decreased facial expression), hypophonia (soft voice) and trouble in swallowing.

Resting Tremors: It is a rhythmic oscillatory involuntary movement that occurs when the affected body part is relaxed and supported by a surface. Tremor can be present in the hands, fingers, lower limbs, jaw and tongue. A distinguishing tremor that occurs in this disorder is that of a pill-rolling. In this, there is a simultaneous rubbing of the thumb and index fingers against each other.

Muscular Rigidity: It refers to a stiffness of the muscles which is experienced on passive movement of the affected limbs or neck.

Postural and Gait Impairment: It causes patients to adopt a stooped posture due to loss of postural reflexes. There is a decreased arm swing and turning around is also slow. It can also cause freezing of gait causing the patient to be in a stooped posture for some time. If the patient suffers from cognitive impairment, it can further cause difficulty in walking and turning. Sometimes, the patient is even unable to maintain the balance while walking and is prone to fall.

Sensory dysfunction such as decreased ability to smell and visual contrast (differentiate colors) and tingling sensation.

Pain and the major fatigue.

One must always take note of the fact that a few of the non-motor symptoms, including constipation, rapid eye movement and fatigue that arise before most of the traditional motor signs manifest due to the long-term progression of the disease. Not all of the motor symptoms might be observed in every patient, at least in a given time frame. Also, the presence of symptoms or its severity may fluctuate or worsen as the disease progresses over a period of time.

Your physician will need to go through a person’s medical history to diagnose Parkinson’s disease, preceded by a thorough neurological and physical analysis. Your doctor might recommend magnetic resonance imaging (MRI) test of the brain to check for abnormalities such as cerebrovascular diseases, space occupying lesion and pressure in the brain. A Positron-Emission Tomography (PET) or Single-Photon Emission Computerized Tomography (SPECT) scan can be considered in atypical cases of Parkinson’s disease (PD).

There are several medicines that can help manage the symptoms of Parkinson’s disease (PD) and slow down the progression of the disease to improve the quality of life of the patient. In addition to medicines, therapies such as speech therapy, occupational therapy, and physical therapy are also required to improve motor function.

Exercise and good dietary habits are essential to improve the quality of life of a patient with Parkinson’s disease. In the advanced stage of Parkinson’s disease (PD), the patient may benefit from surgery known as DBS (Deep Brain Stimulation), apomorphine injection or LCIG (Levodopa-carbidopa intestinal gel). Depending upon the severity of the disease, your doctor might recommend the proper treatment approach.

The role of a caregiver is also critical when it comes to treating a person with Parkinson’s disease. A care provider needs to realize the disease and its repercussions in precise terms, keep a close watch on the therapeutic process and indulge the patient in mental health improvement practices.

Also, it is the responsibility of the caregiver to see that the comfort of the patient is the priority when it comes to treatment and management of the disease and it should not be compromised at any cost.

It’s quite important to monitor the treatment regimen rigorously as recommended by the physician with special attention on the timing of medication regime as failure to adhere to that might result to symptom deterioration.

When on treatment, it is advised to remain alert for any signs related to worsening of the condition. Always follow your doctor’s instructions to lead a better life with PD.