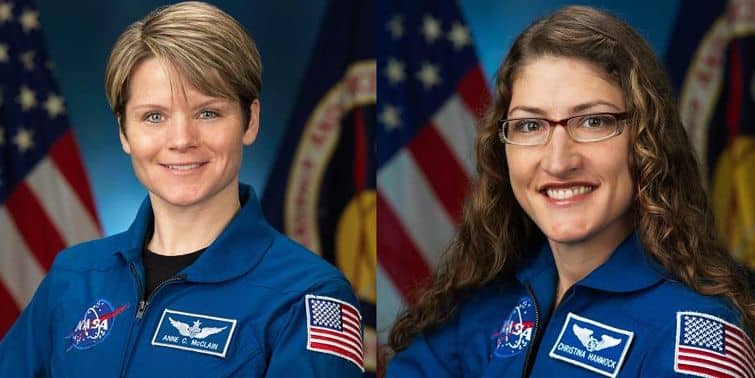 NASA space travelers Christina Koch, and Anne McClain are good to go to set out on what will end up being the first ever all-women spacewalk. As indicated by an ongoing CNN report, the team will venture outside the International Space Station and play out a seven-hour spacewalk as a major aspect of Expedition 59 on 29th March. McClain has been already on board the space station as a component of Expedition 58 while Koch will take off from Earth on 14th March.

The 29th March spacewalk will check McClain’s first spacewalk and Koch’s first spaceflight. “It is the second in a progression of three scheduled spacewalks. Anne likewise will join Nick Hague for the 22nd March spacewalk. What’s more, obviously, assignments and timetables could generally change,” NASA representative Stephanie Schierholz told CNN. “It was not organized to be like this; these spacewalks were initially planned to occur in the fall.”

I just found out that I’ll be on console providing support for the FIRST ALL FEMALE SPACEWALK with @AstroAnnimal and @Astro_Christina and I can not contain my excitement!!!! #WomenInSTEM #WomenInEngineering #WomenInSpace

The news of the spacewalk was first conveyed to general people by flight controller Kristen Facciol of the Canadian Space Agency, who tweeted a couple of days back, “I just found out that I’ll be on console, providing support for the FIRST ALL FEMALE SPACEWALK with @AstroAnnimal and @Astro_Christina and I cannot contain my excitement!!!”

Facciol’s exhilaration appears to be advocated giving the fact that as of recently spacewalks have constantly incorporated a male member.

Both McClain and Koch are a division of the 2013 space traveler class, which contained 50% women. As indicated by NASA, even the latest class of flight chiefs was 50% women.

The 29th March spacewalk will be an event to recall for us all simply like the first run through a woman strolled in space, which occurred on 25th July, 1984 when Soviet cosmonaut Svetlana Savitskaya took an interest in a spacewalk on board Salyut 7.