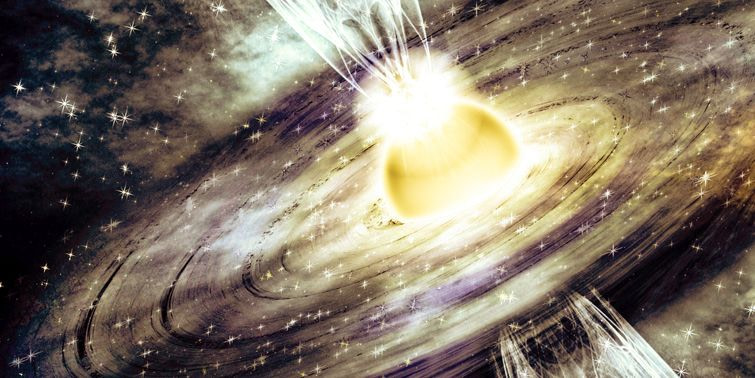 Yes, we’re aware that Hawking Radiation can escape a black hole in theory, but we’re keeping things simple in this article.

Now, imagine a singularity that has a given amount of mass in a nearly infinite small space, but at the same time does not have an event horizon, then that object would be called a naked singularity. This is, of course, a theoretical object, but it does pop out from the extremely advanced math that physicists indulge in.

Essentially, if a singularity were to rotate faster than a given threshold speed, it would become a sort of ring-shaped object, which would expose the singularity directly to normal space-time, and thus allow observation of it. Some have likened this to the idea of a wormhole, at least in shape, though the idea of travelling from one part of the universe to another might be far fetched.

All that we could possibly learn from observing a naked singularity is what happens to an object when it is swallowed by a singularity, instead of losing sight of it at the event horizon.

If the movie Interstellar were to have used a naked singularity, it would be very easy for the protagonists gather data about the singularity, and no one would need to jump into it. Yet again, it’s time to walk beyond the unknown, i.e. Lygometry!