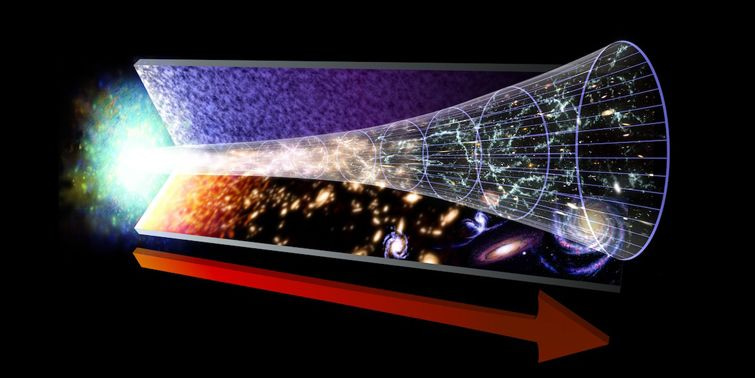 Missing Lithium Or Lithium Problem: The Big Bang Theory is universally accepted as the strongest argument for our universe’s origin story. Until we come up with a better explanation, we have to assume that the Big Bang Theory is how it all happened, because that’s how science works. Unlike, say, the theory of evolution, which thus far has not had too many problems with observed data, the Big Bang Theory does, in fact, have large holes that still need to be filled before we can consider it to be as accurate a theory as evolution is.

Lithium’s dilemma is one of those rather big holes in the theory. According to the Big Bang Theory, for up to 20 minutes after the Big Bang occurred, the universe was expanding rapidly and was very, very hot. Atomic nuclei were starting to form at this time, but obviously because of the immense heat were unable to form bonds with electrons to actually form atoms.

According to the theory, only nuclei of lighter elements such as Helium, Deuterium and Lithium were supposed to form, as it would need fusion to develop heavier elements, which would occur much later when stars formed and eventually died.

Based on observations, the Big Bang Theory is spot on for Hydrogen and Helium but is off by a mile when it comes to the amount of Lithium observed in the universe. Observations suggest that there is 3 or 4 times less lithium in the universe than we expect to see.

However, many studies are proposing explanations for why we see so little lithium, and while none has yet been developed to the theory stage (which, as we know, would solve the lithium problem), it’s hoped that one of them might be based on observational data.

One hypothesis in Big Bang nucleosynthesis is that certain nuclei are in thermodynamic equilibrium but mostly their velocities are consistent with what is known as the conventional Maxwell-Boltzmann distribution. However, what is termed an ideal gas, the Maxwell-Boltzmann defines what is happening. Real gases can act differently, and the scientists are proposing this: nuclei behaved slightly different ways than assuming in the plasma of the early photon era of the Universe.

To resolve the problem, the authors used what is regarded as non-extensive statistics. The pointed lines of the author’s model, anticipate a reduced beryllium isotope abundance in the graph above. This is vital, as lithium declines into beryllium.

It is also significant that the subsequent quantity of lithium as well as the other lighter nuclei now all adhere to the quantities anticipated by the distribution of Maxwell-Boltzmann. For cosmology adherents, that’s an epiphany.

What any of this means is that theorists can now estimate the abundance of the three primordial nuclei in the primordial universe accurately: helium, deuterium, and lithium. Beyond any disparity, with no missing lithium. The Big Bang Theory is such an elegant theory, and it would be nice to remove this thorn in its side.

Still, the question remains without a concrete answer, as we are too busy with the RELIGIOUS JARGONS, unfortunately! Hope, someday, someone might walk beyond the unknown, i.e. Lygometry!