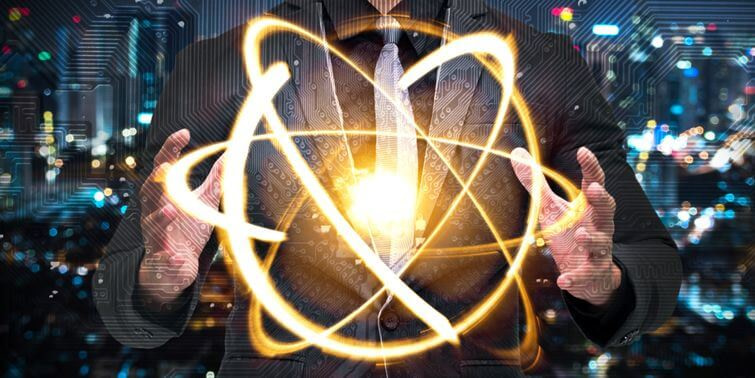 Measurement Problem: Throughout the quantum world, we never understand the precise state of subatomic particles until we measure them since there is wave-particle duality. For example, we know the probability of where we will find an electron in an electron shell, and it doesn’t behave like an object until the instant you measure something.

Think of it in terms of Schrodinger’s cat. If we were able to put a cat in a box and attach a killing mechanism based on a quantum event, such as the decay of a radioactive atom, then we would be able to tell just by looking at the cat if the atom had decayed or was still intact.

Lock up the box, and the cat can be considered to be both dead and alive (in terms of probability) until we check that is. As soon as we see in the box, we find out whether the cat is alive or dead.

However, when it comes to quantum particles, it seems that they’re all of the options at once, and it’s the act of measuring that make the decision. It’s almost as if the cat was actually equally alive as it was dead, but it was the opening of the box that killed it (or didn’t). It’s not like the atom decayed at some point in time and killed the cat, in the quantum world, it’s almost as if the opening of the box forces that decision.

This is what’s considered the measurement problem in physics, and we have no real idea as to why this is the case. Of course, no one is killing any cats when doing this, it’s more about trying to figure out if or when a wave function collapses. If you’ve read about wave-particle duality you have probably already heard of the term ‘wave function’, but if you haven’t.

Quantum particles such as electrons and photons act as if they’re waves sometimes and particles sometimes. You can read about the double-slit experiment to understand this better. However, the act of observation of an electron or a photon always seems to show them as particles. Yet, when left alone, they display the characteristics of being a wave.

This, in essence, is where the head scratching begins. Are waves that they suddenly become particles when measured (and thus their ‘wave function collapses’), or are they always particles, but just riding a wave of something unknown?

We really don’t know, and indeed the scientific community has a Nobel Prize and a standing ovation awaiting anybody who can figure it out. What we know, it’s time to walk beyond the unknown, i.e. Lygometry!