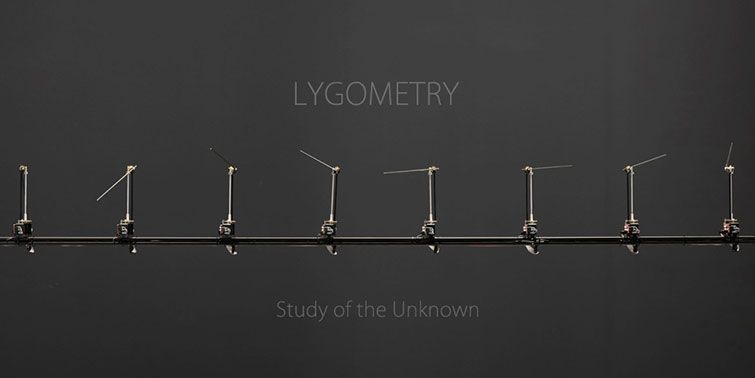 The concept of Lygometry is rather a new of its kind as we are not really acquainted with any other similar to this. Lygometry cannot be associated or tagged with any particular academic segments, like science, mathematics, physics, etc.

Lygometry is beyond our known terminologies, as Lygometry begins, where we realize and understand how less we claim to ‘know‘ and how much lies beyond our known edge. I personally found and learned the term “Lygometry” first on a YouTube video, while I was looking for some guitar lessons. Do enjoy the video and the music piece when you are done with this article.

The term Lygometry is originally coined by Amin Toufani, Vice President of Strategic Relations at the NASA-based Singularity University also a former Graduate of Harvard University. Here I will be quoting some portion as said by Amin Toufani.

The word “Lygometry” has been procured from two Latin words, “lygo” which stands for shadow or darkness and “Metry” which means metrics or measurement respectively. The words combined, states the study of shadowy or unknown things. Things we definitely know that we do not know anything or the least. Initiating the process by questioning about anything or everything we don’t know and Lygometry itself begins from edge of this point.

To establish the theory or the concept, Amin Toufani does sets few examples, but I won’t be repeating those here as you can watch it out. Let me give an example from what I found interesting since my childhood. We all know how the Solar Eclipse and Lunar Eclipse happens and there are tons of materials, theories, formulas, etc. one can go through.

But if you ask anybody, how come the distance between the Sun, Earth and the Moon is so precise and perfect that when the 3 celestial bodies align in a straight line and the eclipse happens! Definitely you won’t get an answer.

I found a similar question in my childhood back in 1991 in a Bengali drama film “Agantuk“, (The Stranger) directed by Satyajit Ray, widely regarded as one of the greatest filmmakers of the 20th century. It was Ray’s last film, based on one of his short story, “Atithi”, (The Guest). The question was framed too wisely yet in a simple manner by Ray that it holds a flavor of innocence between a group of children and an aged man (The Stranger).

Now if we try to classify the scenario to understand this in a better way, we get two separate dimensions. First, understanding the facts which provides and proofs the reason to establish how an eclipse works, and certainly it does but secondly, when we seek for the absolute truth about the reason of the precise distances, we are left with philosophy and nothing else.

Any other information which are related, just tries to adjoin to the probabilities but fails to establish the truth. All these probabilities works in a kind of similar manner with many genres as well, like Alzheimer’s Disease and Dementia, and many more where we cannot conclude and we are compelled to admit that we know we don’t know.

This was not the first time when I have gone through something very unusual but I never found any word or term so relevant and interesting at the same time which can actually start a conversation about the unknown and even the known factors which needs to be re-considered based on lygometry concept. The one subject that can hardly be ignored! While introduction Amin Toufani mentions, we don’t ask questions, what stops us to ask and we try to avoid certain questions as much as possible we can.

This scenario is very common and most of us do it regularly, knowingly or unknowingly. Since then I started to find whatever related materials available over the internet but unfortunately there isn’t much. Strikingly I also noticed that reference of Lygometry is mostly to the references of this video and that is too limited to the extent of Amin Toofani speech.

Later on, while I concentrated on the speech more and more which inspired me to start my own website or blog (In general it’s not a big deal to start a website in today’s date) where I can write, discuss and most importantly learn about different constructive ideas and patterns about Lygometry from the world.

What I realized and understood within this period that initiating the process or study of Lygometry is not just limited to or about extraterrestrial beings or stars or black holes, etc. but itself it is a big open question to think beyond and thrive for the knowledge. I am neither a scientist nor a student of physics but what I found is that I have too many questions for my self to ask for. And I see no barrier to ask for it.

The moment we start asking ourselves “Why,” “How” We will start to understand where we want to go and make a difference and maybe in the process not to be forgotten. Also presenting a vast environment where such a process can actually flourish, which is far more important.

Being confident of acknowledging what we know and what we don’t. No one knows everything, as that is not possible, therefore the only solution is just go on and continue exploring.

Lygometry enables the process of learning by knowing unknown things, exploring the light of knowledge from the very deepest, darkest of darkness and envisioning certainty of uncertain things.

I found Lygometry at my new beginning for getting to know, each about the known and the unknown. From henceforth I’m able to attempt my great to jot down and dedicate most of my time on unique subjects for dialogue which might be very fundamental and commonplace, but full of inquiry to be answered.

Amin is the creator of the concept of Lygometry – a methodology he is using to build the World’s first hedge fund for the poor and the first reverse encyclopedia, Reversopedia, which is a collection of things we know we don’t know.