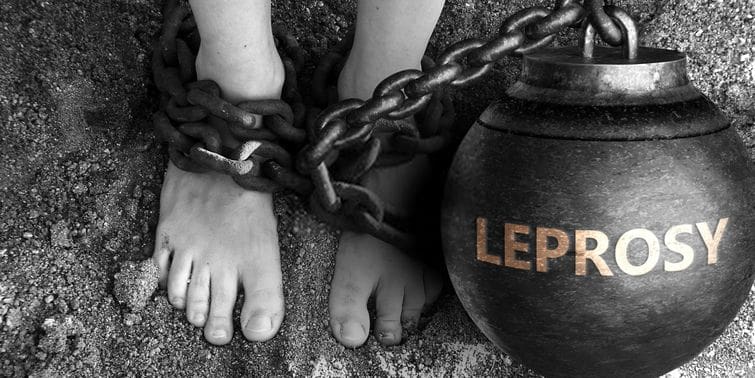 Leprosy (Hansen’s Disease) is a disease of progressive bacterial infection caused by a bacillus, Mycobacterium leprae (M. Leprae) that predominantly affects the skin and the nerves which can cause significant disfigurement and disability. It is one of the most established diseases known to man and continues to be a public health challenge in countries like India. According to the World Health Organization (WHO), around 184,212 cases of leprosy were reported at the end of 2018 with a prevalence rate that corresponds to 0.2 cases per 10,000 people. India is one of the high-burden countries of leprosy with a prevalence rate of one per 10,000 people which indicates awareness about the condition.

Leprosy is surrounded by negative stigma which remains the reason why many people think that this condition is a mutilating, infectious and incurable disease. In addition to numerous misconceptions, there is not much awareness about the causes, symptoms, diagnosis, treatment and prevention of the disease.

What Are The Causes Of Leprosy (Hansen’s Disease)?

Leprosy is a chronic, progressive bacterial infection caused by a bacillus, Mycobacterium leprae (M. Leprae). It is a slow-growing bacteria that can affect the skin, peripheral nerves, mucosal surfaces of the upper respiratory tract and the eyes.

It has always been perceived as an extremely infectious and catastrophic disease, and now we all know it doesn’t easily transmitted and treatment is quite impactful. Anyway, if left unaddressed, however, the damage to the nerves will result in feet and hands being crippled, paralysis and perhaps even blindness.

How Does Leprosy (Hansen’s Disease) Spread?

Although the disease is not extremely infectious, the bacterium can spread through the mucosal secretions of a person with the infection. So if a person with leprosy coughs or sneezes and an active person breathes in the droplets containing the bacteria, there is a significant risk of getting infected.

According to the Centers for Disease Control and prevention (CDC), only a prolonged and direct contact with an individual with untreated leprosy over a long period can lead to an infection.

You do not catch leprosy (Hansen’s disease) from a casual contact with an infected person such as:

Moreover, the disease is not spread from a mother to the baby during pregnancy. It doesn’t spread through genital contact as well. Hence, the best way to prevent it is to avoid close and long-term contact with a person suffering from the condition.

What Are The Symptoms Of Leprosy?

Mycobacterium leprae (M. Leprae) is a slow-growing bacteria and this is the reason why it takes a long time to develop the symptoms. According to the World Health Organization (WHO), the disease has an average incubation period of 5 years. Incubation period represents the time undergone for the symptoms to appear after getting infected with a bacteria). In some cases, it may take as long as 20 years for the symptoms to appear. The bacteria affects the skin, nerves and the mucous membrane.

The typical signs and symptoms of leprosy include:

If left untreated, the symptoms may turn aggressive which include:

How is Leprosy Diagnosis Done?

Your doctor may suspect leprosy based on the appearance of the discolored skin patches (which appear either lighter or darker than the normal skin). In some cases the skin may become red, and there might be a loss of sensation.

To confirm the diagnosis, your doctor may recommend a lab test to detect the presence of the bacteria in the skin or the nerve under a microscope. Other lab tests may also be recommended to rule other skin diseases (if any).

The WHO has categorized the disease depending upon the type and number of troubled areas on the skin. These are:

Paucibacillary leprosy is when there are five or fewer skin lesions and the bacteria fails to show up in the skin sample.

Multibacillary leprosy represents the condition in which there are more than five lesions and the bacteria can be detected in both blood and skin samples.

How Is Leprosy Treatment Done?

As leprosy (Hansen’s disease) is a bacterial disease, it is remedied with a combination of antibiotics for a period of over a year or two. Also, known as multidrug therapy, 2 – Three antibiotics are prescribed to treat the condition.

This therapy also helps to prevent the development of antibiotic resistance by the bacteria, which may more significantly increase the course of treatment. The condition can be remedied if the treatment is followed and completed as recommended by the doctor.

Antibiotics used to treat leprosy act by killing the bacteria and hence, can eliminate the disease and prevent it from getting worse. However, it does not reverse the nerve damage, or any visible deformation that has occurred prior to the diagnosis of the condition.

Hence, it is extremely vital to diagnose the condition at the earliest to prevent permanent nerve damage.

How To Prevent Leprosy (Hansen’s Disease)?

Prevention of nasal contact with droplets and other secretions from untreated bacillus, Mycobacterium leprae (M. Leprae) infected patients. In the current situation, leprosy vaccination is the most effective way to combat the disease. Treating patients with accurate antibiotics, prevents the individual from transmitting the disease.