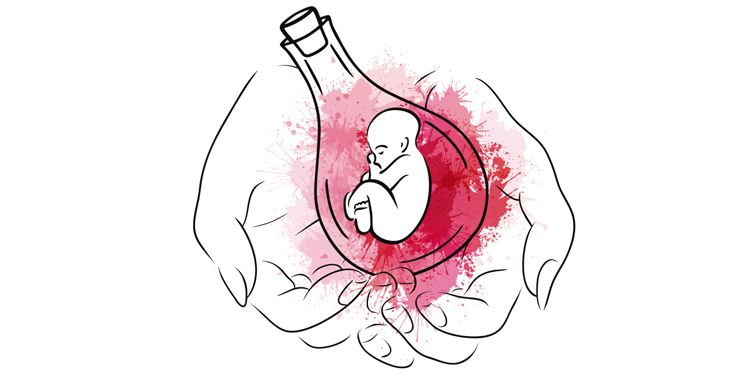 A study conducted by the scientists at Oregon Health & Science University in Portland provides hope for people with abnormal embryos looking for infertility treatments. This study was published in the journal Genome Research.

This abnormality is known as aneuploidy. Aneuploidy is very common and is found in 80% of human embryos.

Aneuploidy is said to be associated with a risk of miscarriage, vitro fertilization failure, birth defects or some genetic disorders. Aneuploidy is also linked to mosaic embryos, which means embryos with both normal and abnormal cells.

There are people who only produce mosaic embryos and are therefore not considered fit candidates for In vitro fertilization (IVF) transfer.

The results indicated a unique alliance between mosaicism and two other biological processes, blastomere exclusion and cell fragmentation.

Shawn L. Chavez, the lead author of the paper said, “We spotted that both blastomers and fragments within the embryo can behave as waste bins. With the division and/or fragmentation of DNA-carrying cells, the embryo appears to naturally distinguish which blastomers have genetic abnormalities and prevent them from any further growth.”

Chavez also said that “By the stage that an embryo would implant into the uterus, these abnormal cells, or DNA have been visibly excluded from the rest of the embryo, suggesting that imperfect IVF embryos could be considered for use in the transfer and might have the ability to endure in utero.”

The findings reveal that in patients with only mosaic embryos available for IVF transfer, the embryos can result in normal pregnancies.

According to the scientists, a further study is required to better understand the relationship between aneuploidy, blastomere exclusion and cell fragmentation within the embryo.

The scientists claim that this study confirms that in a non-human primate, mosaic embryos can adapt to their abnormalities and persist in development, resulting in positive IVF outcomes. These results provide hope for people seeking infertility treatments.

The scientists also believe that these findings can help open new paths for testing the efficacy of mosaic human embryos.