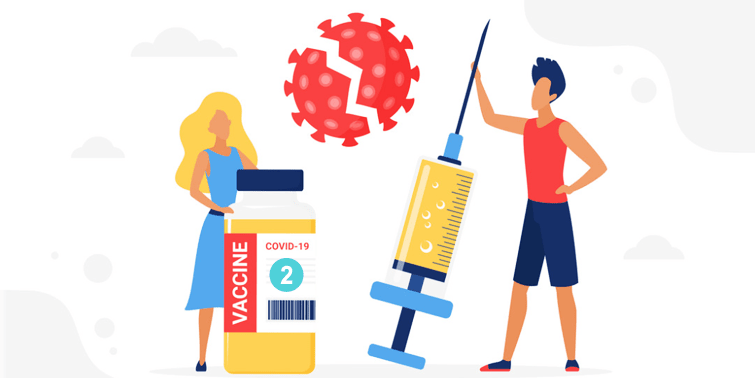 Covishield Vaccine Second Dose: While the pandemic’s second wave propagates, India continues to fight the infection by immunizing its citizens. Three COVID-19 vaccines — Covishield, Covaxin, and Sputnik V (Russian vaccine) — have been approved for emergency use in India. Although Sputnik V is still awaiting Regulatory approvals, Covaxin and Covishield have facilitated in the effective immunization of more than 17 crore people, with more than 3 crores receiving full vaccination.

To complete the immunization schedule, both Covishield and Covaxin require two doses. The gap between the two doses of Covishield vaccination was significantly changed on 13th May, 2021, according with Ministry of Health and Family Welfare. Previously, the doses were administered 6-8 weeks apart, but now the second Covishield dose will be administered 12-16 weeks following the first.

Please keep in mind that No Changes were advised for Covaxin Vaccine, and the interval between the two doses remains at 4 weeks or 28 days.

Who Suggested The Change Between Two Doses of Covishield Vaccine And Why?

In a COVID briefing, the Union Health Ministry stated that the decision was taken based on the recommendation of the National Technical Advisory Group on Immunization (NTAGI).

In January, the recommended gap between two doses of the Covishield vaccine was 4-6 weeks. This was based on the data available during the initial clinical trials. However, as more data became available through secondary analysis, this gap was increased to 6-8 weeks in March. Presently, as per recent emerging real-life evidence, notably from the UK, it is identified that the efficacy of the vaccine further peaked if the duration between the first dose and the second dose of Covishield vaccine was increased to 12-16 weeks.

National Expert Group on Vaccine Administration for Covid-19 (NEGVAC) ultimately accepted the recommendation made by NTAGI after thorough discussions with experts from the World Health Organization (WHO).

Adar Poonawala, CEO of Serum Institute of India, the manufacturer of Covishield, reported to have said that this increased gap between the two doses will enhance the efficacy and equally benefit the immunogenicity.

How And Why Revising The Gap To 12-16 Weeks For Covishield Makes It More Effective?

The first dose of a vaccine (called the prime dose) evokes your immune system and leads to the activation and proliferation of the body’s defense cells. The number of these cells increases after the prime dose, peaks and then declines due to cell death. As observed in a computational model of the immune system conducted for vaccines in general, the defense cells are more abundant on days 15 and 45 than on day 90 after getting the first shot.

The second dose of a vaccine called the booster dose is optimal at a time point when the number of defense cells produced by the primary dose has declined. It is important here to emphasize that the second dose exposes the remaining defense cells to the viral antigen and leads to an increase in their lifespan. It has been observed that a time interval of several weeks between the first and second vaccine doses can be necessary to obtain optimal immune system responses.

Different vaccines have different needs with respect to the minimum interval between subsequent doses. As more and more data become available around COVID vaccines and new studies, perform deeper analyses of the vaccine dynamics, the gap between two doses can be optimized.

What If You’ve Taken The First Dose Of Covishield Vaccine And The Second Dose Is Pending?

Should People Who Have Taken It At Intervals Of 4-6 And 6-8 Weeks Be Worried?

What About The Confusion Between Different Dose Regimens For Covishield Vaccine?

The overall efficacy of the Covishield after two weeks of completing both prime and booster doses was 70%. However, this number was based on averaging the results from two groups. While the first group that was given two full doses demonstrated to be 62% effective, the second group that received a half dose followed by a full one came to be 90% effective.

A Justifiable Hypothesis: The Covishield Vaccine Design Could Affect Efficacy

Although it is yet unknown why the low-dose regimen of the Oxford vaccine demonstrated better efficacy in trials, a possible logic points towards the viral vector.

A possible reason why the lower first dose of the Oxford vaccine followed by a full one came to be 90% effective could be that when a lower first dose was given the anti-vector immune response developed by it was not strong enough to impact the booster dose. As a result, both the doses initiated a robust immunity and demonstrated a more superior overall efficacy.

Does Higher Efficacy Mean Leniency With Masks And Social Distancing?

Conclusion
Additionally, keep in mind that NO VACCINE is 100% effective at preventing infection. If you get infected, they can assist you avoid getting sick and having to go to the hospital. Undertake the immunizations sincerely and get vaccinated. Nonetheless, even after getting vaccinated, make sure to observe COVID-appropriate conduct at all times: wear masks, limit physical distance and wash hands regularly.